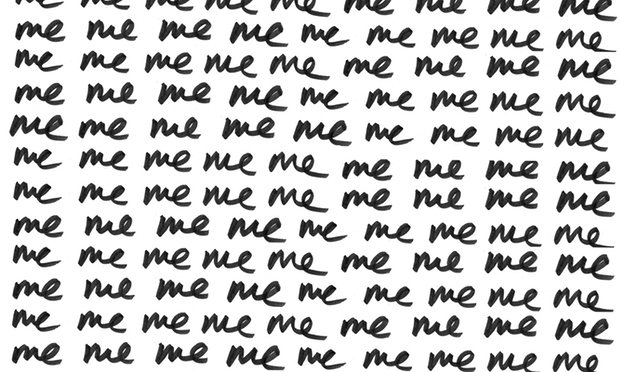 I’ve been doing okay with the whole dating thing. I met a guy who actually seems like a really good guy, which I feel like was getting tough and making me extremely bitter towards the whole dating scene. Great, right? Wrong! Have you met me?! I am the queen of overthinking everything, and I can break things so very easily. Sometimes, I even break them on purpose. I’ve mentioned before that I like to push people away. It’s like pushing a glass vase off of a shelf to see if it breaks. Guess what… it does! And then you’re all pissed off because you had this lovely glass vase and now, gone. Shattered. Kaput.

Anyway, I haven’t done this yet with this one, but I have noticed something that I thought was worth writing about.

When my walls come down, theirs go up. I think this is because I start any relationship EXTREMELY guarded, and when I start letting someone in, they get this full 100% blast of Tempest that they maybe didn’t expect and certainly weren’t prepared for. Hence: walls. Like oh shit, this girl has a super strong personality and I don’t know how to human anymore! (They probably aren’t thinking that, but you get the gist…)

The new challenge I am now facing is how do I let enough of my true self shine through in the beginning, without feeling vulnerable and afraid to peek over my very well built and well maintained walls. In theory, I should start breaking some of them down. I know this. But guys, I have worked a LONG time on building these bitches up, the idea of tearing them down is terrifying.

Or could it be that I just haven’t met the right person that can handle the me that is scared, and hides, and is afraid to love, but also the me who is passionate, and brave, and over the top? Can I be allowed to have my walls sometimes, but still have someone see me as me? Is that a thing? 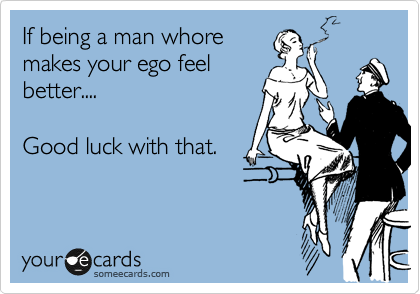 another recent fun dating-related story. this one didn’t make it to a date, just a phone conversation after matching on bumble.

I don’t consider myself, in any way, a prude. I enjoy sex, but I’m also not a slut. I think sex forms a connection, and therefore shouldn’t be passed around like candy. Have I had casual sex? Sure. But, at 30, it’s not exactly what I’m looking for.

I matched with this guy online, we are going to call him Jafar, because he’s definitely slightly evil, it’s close to his real name, and he is desperately trying to find a magic carpet for all the Ladieeeeeeesss.

We talk via text for a bit, and decide to talk on the phone. Here, I find out a few fun facts about ole Jafar.

Once that last fact popped up, I told him that we were probably not a good match, because although I will date a few people to figure out if there is a connection, I don’t think its really conducive to finding a healthy relationship if you’re sleeping with several people. Also, it’s gross. I don’t want to fuck who you’re fucking. If I did, I would go fuck them.

He seems cool on the phone. He tries to justify it, saying, it’s easier to filter out who is a good match if he is able to explore the situation both “mentally and physically” instead of taking a lot of time with just one person, and that because he’s older, he doesn’t want to waste time. My counterargument: you can’t really get to know anyone if you’re juggling that many at a time, so really, are you saving time? He was steadfast in his opinion. I said hey, good luck to you man, I still feel that way and it’s really a deal breaker for me, but take care. End of conversation.

….hah! not. These guys can’t handle rejection to save their life.

He starts texting me, telling me how he really is safe with his sex life, and I seem smart and have a good head on my shoulders, and he hopes I will reconsider. He continues to say that he’s very loyal and committed… once he commits. Okay, I’m supposed to wait around while you stick your dick in every girl you meet in the meantime? Nah son. I reinforce what I’ve already said. It’s not something I’m okay with, and I’m not going to pretend to be okay with it just for shits and giggles. I’m staying true to me, end of story. 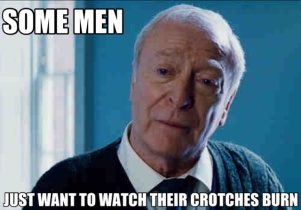 Then things start to take a turn… the ugly side comes out. Seriously, what is it with guys not being able to accept a “no? these days? He tells me that he’s an honest guy and that I can’t see that, and every guy is really doing this, but he just is open about it. I’m like.. okay, sure, that may be the case but.. STILL. DOESN’T. CHANGE. MY. OPINION.

Now he’s ready to try to make a few personal hits. “You’re smart, but you don’t have any of the other qualities that are important to me. Good luck to you, we are obviously not a fit.”

Oh – so it’s my qualities that are lacking? The ones important to you? What are these qualities you speak of, that y]a 30 minute phone conversation releaved I am missing? Is it weakness? Is that a quality I should have and clearly don’t, because I’m not taking your shit? Promiscuity, for not being thrilled to jump in bed with you?

It’s herpes. This guy is clearly looking for herpes. Good luck with that, Jafar! Pretty sure you’ll have no problem finding that sometime soon.

I’m going to start this post off by saying, gentlemen, there is never a time in life when a girl wants a dick pic for no reason. Never once have I woken up and thought to myself, “You know what would really just make my day better? A random dick pic.” You guys should also know that should you decide to send a random dick pic, it will be screenshotted, shared, and laughed about amongst our friends. This rule doesn’t hold true for requested dick pics, so don’t worry about that.

The guys who usually send random dick pics are, as one could guess, probably pretty proud of their junk and probably a little cocky. This was definitely the case when I received the most oddly timed and very unsolicited dick pic one day, after cancelling a date with the sender.

Here’s the story. I met this guy, and he was admittedly very good looking, but came off a bit cocky. Our first date was rocky to say the least, as he had a very condescending air, but when we talked otherwise he seemed pretty nice so I decided to give him a second chance. The keyword here is SEEMED. We plan a second date, and I’m en route when he calls and says the restaurant we selected has a long wait, so let’s go somewhere else. We were meeting on his side of town, so while I had heard of some of the restaurants, I wasn’t overly familiar with them. He told me of three places nearby and I said “Doesn’t matter to me, I’m good with whatever,” to which he responded “Well, you obviously can’t make a decision, so let’s go here.”

The fuck did you just say to me?

I tell him, calmly, I’m actually thinking maybe we aren’t compatible because what he had said came across as condescending, and I was feeling like we might have had some communication gaps and should call it quits before either of us wastes our time. Seems fair, right? Apparently not to him, as he then responded that I was clearly just looking for a free meal and was overreacting. Note: we had been on one date, where we split the check down the middle, so not sure where he pulled that from.

I told him that was fine if he felt that way, but I had a gut feeling that it was a red flag and didn’t think we should waste our time. I stayed pretty factual with the whole thing as to be cool about it, but I have learned not to ignore red flags. He then proceeds to tell me that he would still like to hang out, but because of the way I was acting he would definitely not pay for my food.

At this point I am pretty confused on where this guy gets off. I’m pretty established in my career, and while he may not know exactly how much I make, I drive a fairly decent car and don’t generally look homeless (unless it’s on purpose), so really confused as to where this guy has decided I’m looking for a handout. The fact that he was using paying for my dinner as some kind of punishment or threat though, really set those alarms off even more.

I respond to him by saying, no worries, you don’t have to pay for anything because I’m not going, I really just don’t think this is going to work.

Something on me reaffirming my decision sets him off. Mind you, I’ve been even-tempered and straight forward this entire conversation. He. Goes. Off. He proceeds to tell me:

I stop responding, because the fact that he is going to this level to try to hurt my feelings after I decide not to continue dating him (after only one date!!) is telling me this guy is riding the crazy train. He finally stops after a few minutes, and I think I am in the clear. Phew!

But, reader, it’s not to be. About 30 minutes later, I get a dick pic, with the caption of “This is what you are missing but if you still don’t want to go out whatever.” Note: we were meeting in the evening, going to a somewhat decent restaurant…this picture was taken with him wearing basketball shorts during the day time. He clearly has this shit on reserve.

Needless to say, I did not respond, as that kind of crazy just doesn’t need encouraging. I definitely shared it with my friends. This guy has also messaged me since then, asking how I am and if I wanted to hang out. Cuckoo for cocoa puffs. Anyway, just to reiterate, don’t send dick pics randomly, to girls you’ve been on one date with, after calling them crazy and doing everything you can to hurt their feelings whilst showing you are fucking loony tunes. It doesn’t end well.